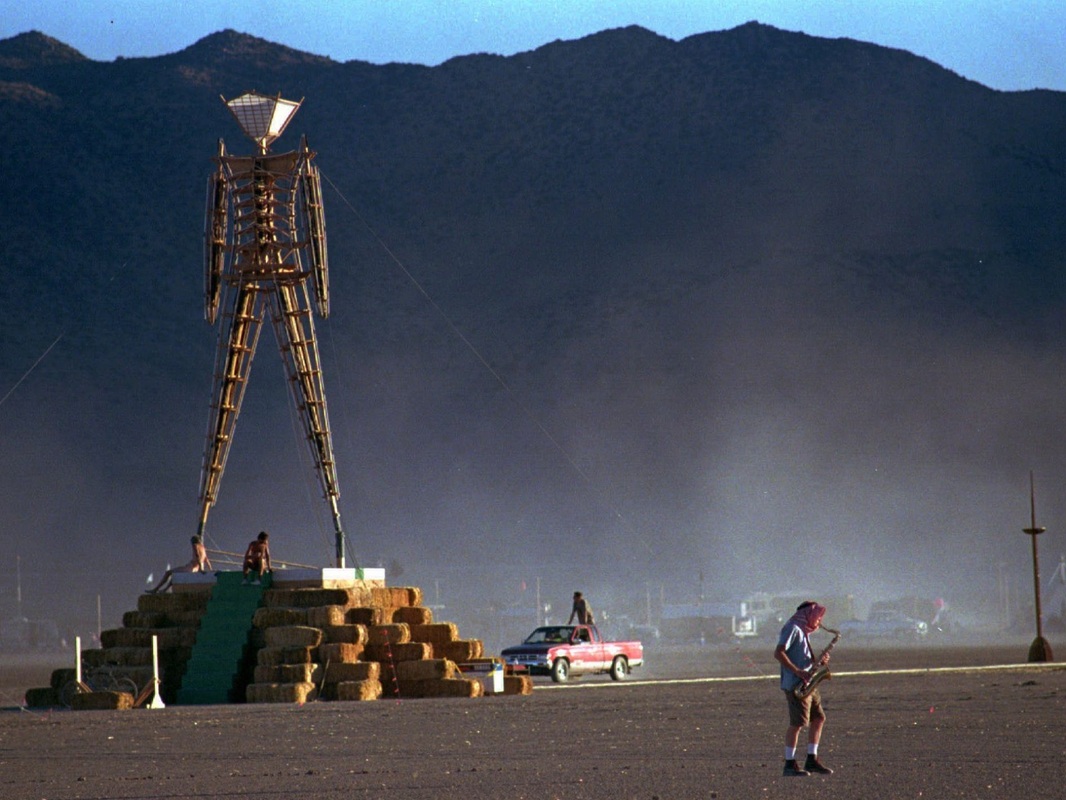 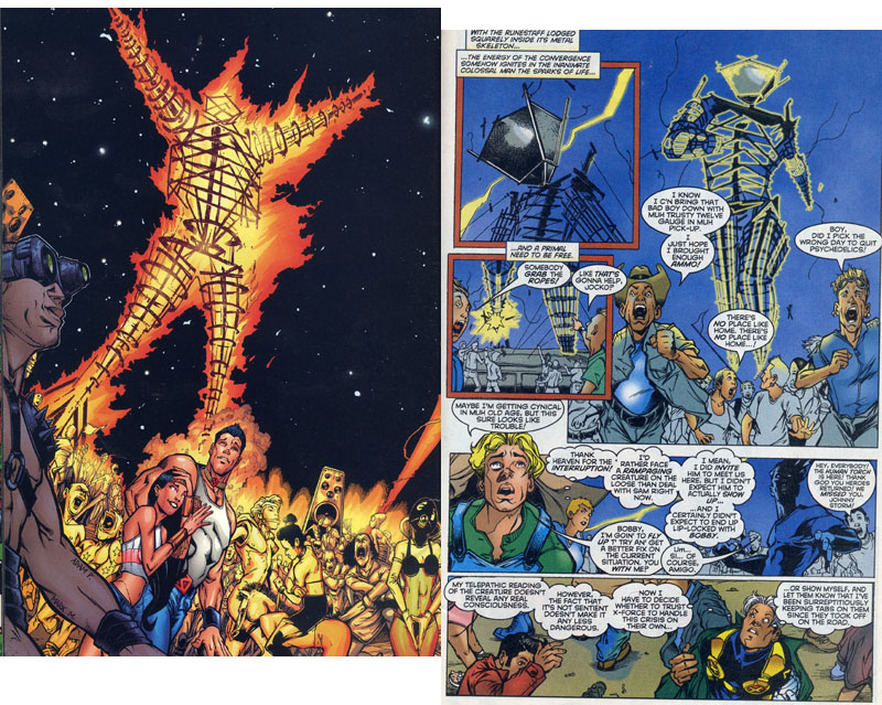 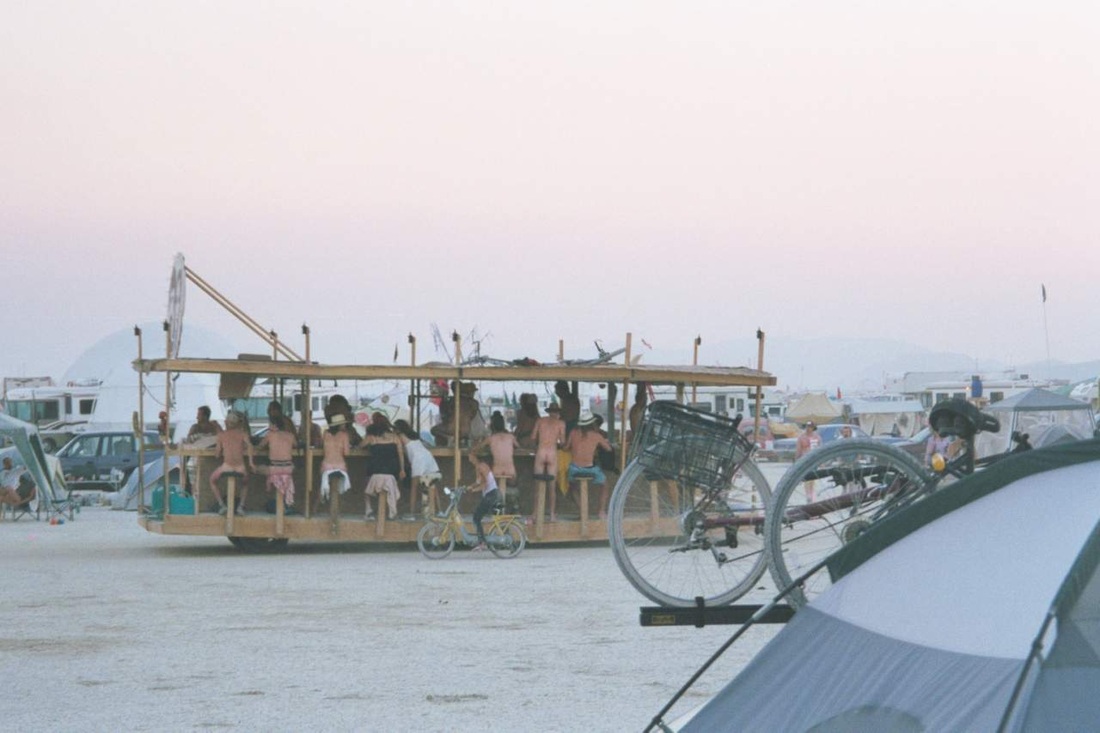 The presentation of art cars has come a long way, though I'm all for mobile bars whatever they look like. Photo: Brad Templeton 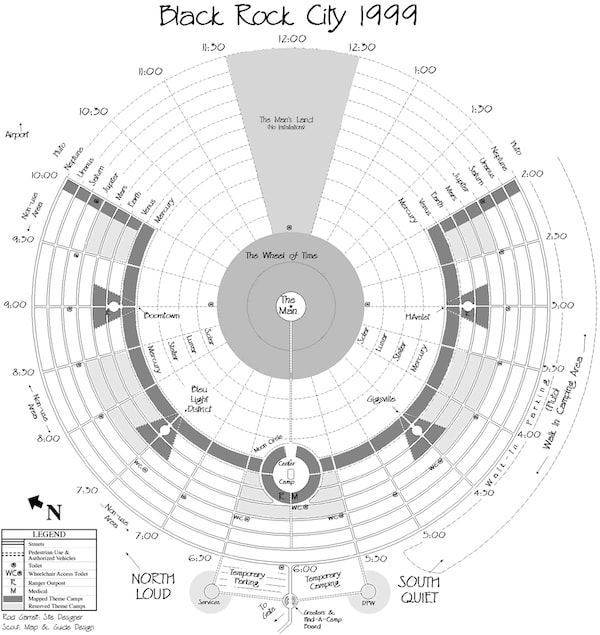 A fairly wide-eyed look at Burning Man from a mainstream news organization in 2000.
Click here to go to the years 2001-2010.