a detailed history of Burning Man, videos, practical info, and A blog.

Halle-fucking-lujah, we're back! That said, it was a hard year for many people, so I decided that my first video from this year would be of a melancholy tone, to reflect the bittersweetness that is Burning Man during a difficult burn. Song is Jeff Buckley's rendition of Leonard Cohen's 'Hallelujah.'
​
Hallelujah Part 2 is the opposite in tone to part 1, and is an outright celebration of the spirit of Burning Man!

With Rüfüs Du Sol's "New Sky".
Black Rock City and Burning Man won't rise from the dust this year, and while no video can replace the experience of being in the desert together, I hope this one sends your imagination soaring back home while you dream of flame and fire, picklebacks and Pringles, building art and camps, music, day-time adventures, the haunting beauty of deep playa at night, and most of all - always most of all - old and new friends.

​"We Started The Fire" - An Original Song about Burning Man

I took the lyrics of an old song and rewrote them to trace Burning Man's history, then had someone sing them, and put that into a video with accompanying footage and imagery. This will never be my most popular Burning Man video, but I'm still pretty proud of it. The words start about 30 seconds in, fwiw.

​The History of Burning Man

I've put together a history of Burning Man, year by year, with tons of pictures and video going back to the very first year!
2019 entry is coming. 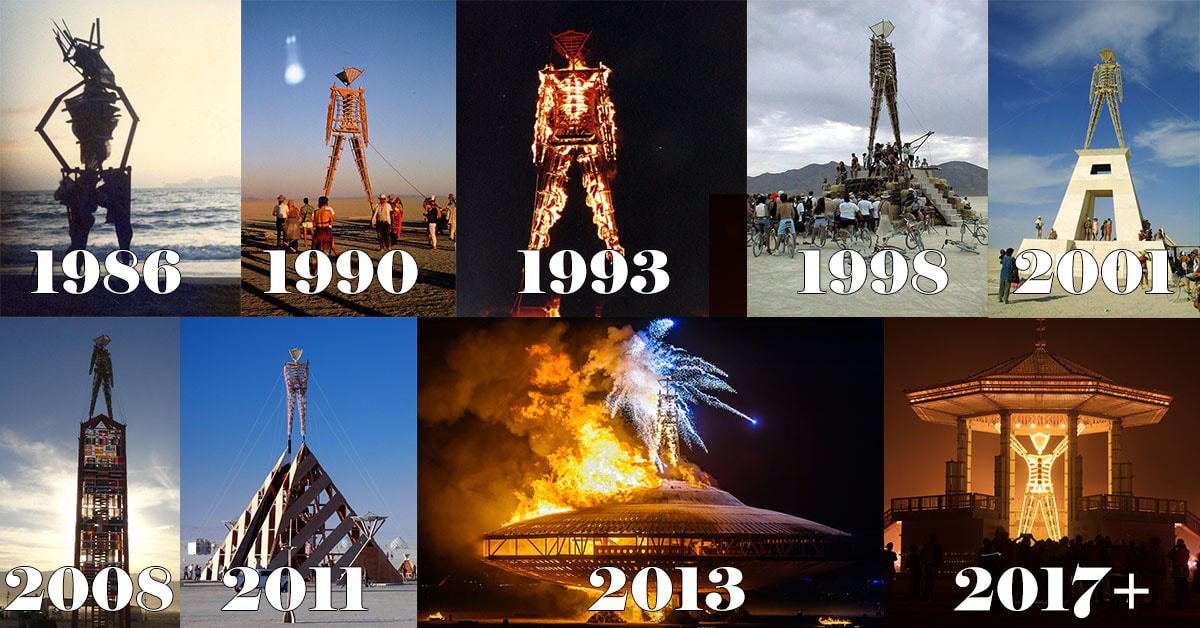 ​
There's also a ton of info on preparing for and attending, and a blog. Just use the menu!